For the love of running in celebration of Valentine’s Day?

As if the run up to Valentine’s day isn’t stressful enough, the timing of Smiletastic (Smiley Paces Sheffield Women’s Running Club winter running challenge) overlapping with it spawns new horrors.  Our beloved Smiley Elder having incorporated a seemingly innocuous requirement ‘in keeping with the season’ to complete an individual challenge as follows:

1. Individual Challenge: By Midnight Sunday February 25th I would like each individual to submit ONE (the first one from each is the only one accepted!) run during which they celebrated valentines day. This can be by something like dressing up (easy peasy), making an appropriate Strava drawing, road signs/names, etc. Your choice! Extra spot points available for particularly inspired efforts, but everyone who submits an effort will earn points in Week 8.

This is a dilemma for me.  As with many Smiletastic challenges, I found myself going through a series of stages akin to the five stages of the  grieving process according to the Kübler-Ross model.  You know.  Denial, Anger, Bargaining, Depression before finally reaching acceptance.  In fact, I’d go so far as to add in the shock and testing addendums to be honest.  I do appreciate and enjoy Smiletastic, it certainly helps me get out there and run in the inclement, dark and dismal winter months, but it is at times stressful.  And although I invariably feel fantastic once the respective challenges have been successfully concluded, I usually despair at the initial seeming impossibility of every task before eventually moving on to realise I need to face up to whatever it is, come up with some solutions and ‘make it so.’ 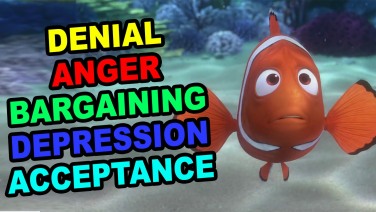 All the same, I’m not a massive fan of Valentine’s Day. It is afterall basically a commercial capitalist conspiracy to make single people feel inadequate and anyone ‘coupled up’ pressurised to buy pointless, over-priced, trashy knickknacks, knowing if they ‘fail’ the appropriate purchase test then the relationship which they hoped was burgeoning will instead be doomed, because a pink fluffy rabbit and enormous smutty card didn’t quite cut it.  Or they committed the cardinal sin of buying their partner sexy crutchless lingerie when the knickers the recipient really wanted were in fact runderwear.  Not the same people, really not the same.

In the spirit of anger and denial, I was originally thinking of just composing a treatise on why Valentine’s day is simply a cynical marketing exercise to fill the coffers of multinationals and contribute to the plastic waste in the oceans as people exchange worthless gifts that will be discarded and end up in landfill quite possibly even before the month is out.  AFter all, the rules do state that all submissions would be rewarded.  I thought I might make it a bit more palatable to the reader by decorating it in glitter or something, maybe.  But then again, glitter is really bad for the environment too is it not?  Also, could I be arsed?  It’s a dilemma.

I wanted to participate and do my bit for the team achievements, but not over-enamoured with the whole romantic love theme.  What to do? So I was stomping round the Sheffield Round Walk route yesterday (an attempt to put miles on my legs as part of my marathon training – another challenge about which I appear to be in complete denial) with this churning around in my mind.

What could I do that wouldn’t be too saccharin, but might meet the requirements.  Well, I’ll tell you what dear reader, just look about you!  Isn’t it always the way. A run can clear your head and offer up practical solutions to seemingly impossible tasks. No really.  As I made my way out of Meersbrook Park, a vision appeared before me.  A perfect manifestation of the complexity of Valentine’s Day.  Literally rubbishing the romantic ideal. Genius. What’s not to like?

There you go people, a bleeding, broken heart, shunted out onto the cold winter street along with the rubbish.  Rarely have I been so happy to see an over-worked symbol of romantic love sprayed on a litter bin. I’d go so far as to say ‘never’ in fact! That’s the individual Smiletastic challenge in the bag, I though, I need not write my treatise now, and waste glitter, so everyone wins. Yay!

But you know what dear reader?  This part of the Sheffield Round Walk just kept on giving.  Only a little further on and even more delights were delivered up as I was musing on my good fortune.  Look what I found next.  Not just another heart, but an anagram of our Smiley Elder’s own name, with the ‘M’ preface to emphasise her marvelousness, magnificence,  majesty, and mightily magnanimous nature, to all and sundry (as if that was necessary).  Things were most definitely looking up!

But you know what?  Valentine themed sightings are like buses, they come in threes.  Just a couple of hundred metres on, and another heartfelt sighting.  Now, this may not please the grammar police of course, I feel an apostrophe is needed somewhere, and personally I favour capitalisation in these circumstances, at least at the commencement of the sign, but even so, never noticed this place before:

From the bottom of my heart.  Hearts everywhere, feeling the Smiletastic love.  Here’s another..  No really, it was there, under the bridge, near the muse heart.  Hurrah!  Not that I approve of graffiti, obviously, but don’t see why I can’t use it to my advantage if it’s already out there.

Didn’t see this one out and about today, but endorse the sentiment. 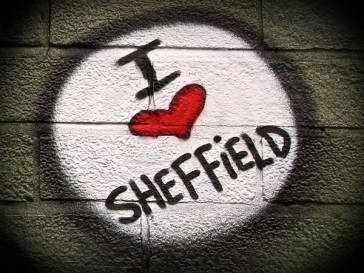