Spring Equinox Dragonfly Challenge – the art of the Strava flyby.

Digested read:  Elder Smiley sent out a directive for the Smiletastic March challenge, to create a team Strava Art flyby in celebration of the spring equinox. We did. It was a contemplative silent homage to both running and the spring equinox.  We Dragonflies did good.  Hurrah.

So, in case you haven’t been concentrating, this is a continuation of the Smiley Paces Women’s Running club winter challenge.  Alongside individual challenges, designed to make you go out and run in the most inclement of weather, even when you are silently weeping within are team challenges.  We’ve already had some dragonfly team segment bagging, and team alphabet run triumphs, but for this month we were tasked with a Strava Art Homage to the Spring Equinox challenge directed as follows:

Team Challenge: I can’t resist a Strava Art Team Challenge and this year I’d like you to do your interpretation of the SPRING EQUINOX using a team Strava flyby. “Older” smilers may have to explain this to the newer members!
There were a few things we learned from last year.
• You must all have the flyby option enabled before you do it (I think you can only do this on the computer)
• You MUST synchronise your watches! Anyone who has been abroad needs to check that they’re on UK time!
One person in the team should notify me that its done and send me a link and a screen shot of the finished artwork along with names of those who took part in any way. I will award points based on my opinion of how creative you’ve been and for participation. The deadline for these is midnight Sunday 18th March

I had not the faintest idea of how to go about this, but fortunately I was able to parasitize the expertise of those who did.  One of our number, Fell Running Smiley, had a genius plan, and as a supportive team member, rather than undermine her considerable initiative by coming up with another plan, I decided to just throw my – not inconsiderable – weight behind her one.  ‘Brilliant, just brilliant, where and when, I’ll be there’ I ventured, joining the chorus of other Dragonflies on our secret Facebook group page where we plot out how such schemes can best be executed together.

But look at the genius idea presented!  No one was going to be able to top that!

With the explanatory text as follows:

Ok so we have a spring equinox run route planned and we’re thinking of running (or walking if you’re injured) this Saturday after the Bakewell parkrun.

It’s a very simple route in a sun shape so hopefully it should be easy to do. I’m going to try to share the run from my strava on this post.

It follows a circle that is in the Abbey Lane cemetery. We’re planning to meet at the entrance to the cemetery at 11am on Saturday. If there are people using the cemetery we have a backup route using a circular housing estate at Manor fields.

So many of us made it to Bakewell parkrun for the Smiley Champs outing first off, and then, after a somewhat comedic wacky races-esque departure in a fleet of cars, headed off to the rendezvous point. Some arrived in timely fashion, some overshot and had to phone to be talked in to the location, like when the pilot has a heart attack flying a plane, and some hapless air cabin crew has to land it talked in by air traffic control.  Exactly like that.  Or possibly like being driven around by Muttley.  Maybe that.

We met outside the Abbey lane cemetery.  It’s a rather grand and splendid place. A proper cemetery, seemingly reasonably well maintained, with many ancient gravestones and memorials amid the green space.  Some people really don’t like graveyards, but I’m fine with them. We have nothing to fear from the dead, far more from the living.  I appreciate the green spaces they permit to flourish in the most urban of areas, and they can be peaceful places. 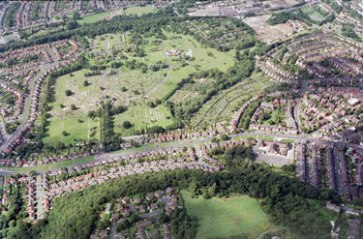 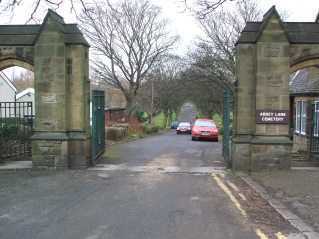 Once we were all gathered, we hesitated outside.  We felt that what we were doing was OK, but we didn’t want it to be perceived as disrespectful, so we agreed our strategy outside, and that we would do our ‘run’ as a slow walk, and in silence as far as possible. The idea was to start off together with one small inner circle, and then peel off one by one to walk each of the radial paths before regrouping. It was a small space.  There were some people around, but they were tending far off graves.  We did have  a contingency plan just in case, but didn’t need to implement it.

Graveyards are curious places.   Caution, pretentious story alert x 2.  When I was in Cambodia, many homeless people bedded down in the tombs that surrounded many temples, and the living and the dead co-exist in quite an active way. Every home has its own mini shrine ‘to the ancestors’ who are consulted on important matters and informed about family happenings.  I thought for a long time this was just that, a shrine, but in fact I learned that quite literally people put the ashes of their deceased relatives there.  I was taken aback, as I’d been admiring a shrine and asked to photograph it at one home I visited on Silk Island outside Phnom Penh.  However, the family were completely relaxed about the whole thing, there wasn’t the same disconnect between the living and the dead. Same in Vietnam.  At Tet – New year’s day, everyone goes en masse to visit their ancestors at cemeteries, which are vast.  I was taking part in a motorbike tour from Hue, and we went roaring into one such cemetery.  The whole world seemed to be there, partying alongside their deceased relatives.  It was a place of story telling, eating and celebration, with everyone dressed up in their party finery, and all generations represented.  There was nothing sombre about it as far as I could tell.  A curious exposure to a complete different set of cultural reference points.  You just don’t know what’s OK and what isn’t sometimes, just have to be alert to what’s going on around you I suppose.  Anyway, the upshot was, that we agreed what we were doing was OK, as long as we were discrete, so in we went and off we went.

The nature of the route, going round in circles and walking out and back along the sun’s rays as they emanated outwards from the centre turned out to be quite a silently contemplative process.  It possibly sounds strange, but it was calming, mindful even (if that isn’t too pretentious). Each of us silently walking the route, lost in our own thoughts, taking in the fallen tomb stones around us, the bird song, the trees overhead, out and back, round and round, and finally rejoining.  Like a strange dance.  We moved organically and noiselessly, creating our silent homage to the Spring Equinox.  Watches stopped, we filed out and away from the cemetery, until outside we could check our stravas and marvel at this thing of wonder we had collectively created.

We couldn’t know how effective our Strava flyby was until later.  Not to worry, we could still do the compulsory group selfie – we are getting seriously good at these.  I think you can tell we are channelling our inner dragonflies here, and what’s more we have a clear queen who moves amongst us: 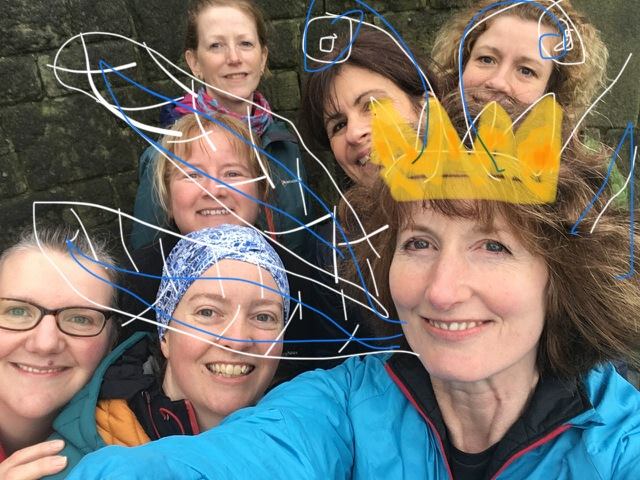 Talking of Queen.  Yes we were, we also took the opportunity to nab a  Queen tribute group selfie, Bohemian Rhapsody or Dragonfly Rhapsody, we have them both nailed.  Uncannily close to the original imagery, I think you’ll agree.  We were indeed in our own rhapsody of delight what with all our clever flybying.

Nice shoes too.  They look good in a circle of Smiley Dragonfly loveliness too.

Didn’t take long, then we all departed our separate ways.  I actually felt a bit lonely saying goodbye, we’d shared a moment, we are bonded forever by our awesome flyby endeavour.  I like that.

Once home, after some angst inducing ‘usb device not recognised’ shouty warnings from my computer, I finally got my own Strava route uploaded.  It looked like this:

Do you have any concept of how exciting that is?  Love it when Strava art comes good.  I’ve limited experience of strava art – previous rabbit encounter for Smiletastic 2016 being about the sum of it, therefore it was a huge relief it actually worked.  Better yet, another clever Dragonfly did whizzy things to make it display, and you know what dear reader, it was cracking!  How clever are we!

I say ‘we’ are clever, but really I mean other people were, and I got to hang out in the proximity of their cleverness and greatness.  Still, it shows good judgement on my part at least.

So there you go, final team challenge for Smiletastic done. Tick.  Phew.

Can’t wait to see what the other teams come up with, reckon we’ll be one to beat, but I genuinely don’t care about that, because we did good, and running our Spring Equinox Strava flyby was its own reward.

The official Spring Equinox is on 20th March 2018 at 16.15, which is very specific.  Right now it’s hard to believe that’s just next week, recent weather feels very much like we are still living through an eternal winter.  I wonder what running treats may reveal themselves on that time and date, hope you work out, execute and share your own homage, come on dear reader, you know you want to!  To get you in the vernal equinox mood, here are some interesting facts about the change in season, to get your going. 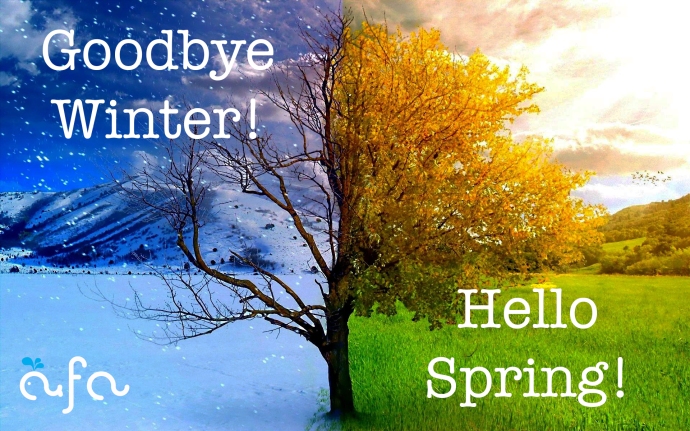 We can run on in hope!

One thought on “Spring Equinox Dragonfly Challenge – the art of the Strava flyby.”